The always-sage AJ Kandy of West Of The Expressway ("a breakdancing work of staggering keenness") offered gossiphounds a bit of what-for about distracting us from actual global priorities:

"So while we we all distracted with the Britney Spears wedding nonsense, oil hit $50 a barrel yesterday.

I really think it is a strategy -- using corporate media ownership to push non-issues into the public mind (Laci frickin Petersen 24/7, like no one else in the history of time has ever been murdered) while the big, systemic changes that favour corporations and fat cats go unnoticed.

I mean, no-one questions giant newspaper sections all about cars (like today's Driving section, which thankfully at least is a story about hybrids). There's no equal time given to the other side of the argument, i.e. that if we designed cities better we wouldn't need cars at all, and inner city kids wouldn't be suffering from an asthma epidemic...

Maybe we should have a moratorium on pop culture for a couple of years, see if we can, as a species, get something done. "

Optimuscrime couldn't help but feel a little bit complicit. Afterall, there's a special little place in the hearts of the ICRM personnel for the professionally unemployed shoelace-boycotter Kev-Fed. But are our posts causing doe-eyed inner-city children to suffer from asthma? Moral dilemma!

Well, to ensure that Kev-Fed is not trumping oil prices in the blogosphere, I turned to Technorati, the ultimate blog buzzwatching tool. The results? 81 recent posts about 'oil prices'; 70 posts about Kevs. So, Mr. Skeezoid-Spears, 86% as salient as oil prices? Unfortunately, I simply can't justify throwing the balance of blogging further towards Kevin.

So, today I will not report that Kev-Fed had to take out a loan to buy Brit-Brit's ring, nor will I comment on the hilarity of either Federline or Spears maintaining the delusion that they are somehow a financial partnership of equals. I will also not even link to Kev-Fed's trucker-hat photo on Stereogum.

No, instead, today, I will simply direct you to an article by my former student, Chris DeWolf. Chris can think and write circles around me, and he's pretty damned handy with a camera, too. On Maisonneuve's page, he provides a nice synopsis of Montreal's car-free day:

"Cars have a role to play in our cities, but not at the expense of more sustainable modes of transportation like public transit. We've spent half a century dismantling streetcars, widening roads and underfunding transit. It's time to reverse the trend. Let's tax those parking lots, hike up gas prices and invest in sustainable development. Our cities can't afford anything else."

PS: I tried really hard, but I couldn't resist. Just look at this goddamn thing. 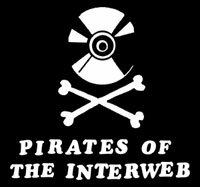 I am a conscience-striken music pirate. To ease the persistant, nagging guilt that Soulseek seems to instill in me (The artists! Pity the artists!), I decided to venture forth into the hitherto unexplored world of legal digital music.

Unfortunately, friends, I do not bring glad tidings. The land of copyright-friendly digital music is fraught with bloody conflict over standards and unimaginable hassles for end users. iTunes, the Apple music store that integrates with the music player of the same name and the tech-chic icon iPod player, is not available in Canada. Apple blames the delay on the Canadian recording industry association, the record biz blames the holdup on Apple. Either way, iTunes sells their music in Apple's proprietary rights-managed AAC format, which is fine on my desktop and iPod, but won't play nicely with my ancient laptop. MSN Music and Puretracks both offer digital music in the Great White North, but their downloads are in Microsoft's digital rights management-enabled WMA format -- unplayable in iTunes or on my iPod. Again, Apple blames Microsoft, Microsoft blames Apple, and as usual, the consumer takes the brunt of the crossfire.

And it gets worse. If you want digital music and want to support artists' work, you could until recently purchase a CD legally, then rip it to MP3. But the music industry, unsatisfied until it has personally inconvenienced, driven away or sued each of its customers, has apparently been toying with iPod-incompatible CD formats.

History is replete with companies and industries who preferred to squabble over standards rather than address the needs of their customers. While I of course support the idea of remunerating artists for their work, it's difficult to drum up much pity for the recording industry or audio software giants, whose heads seem to be ensconced so firmly in their own asses that they can't hear the sound of technology marching forward without them.

So, a curse (really, every good blogpost should really end with a good hex):

May every record label, software developer and technology company that refuses to use open standards, that litigiously tries to retard the development of communication technologies and stifle innovation, and that develops finnicky, clunky, proprietary systems to ensure copy protection and in so doing makes the process of buying music far less appealing than simply stealing it...

May every such asshat be forced to listen to nothing but rap-metal for the rest of their miserable lives.

--
Related Links:
Zazzle: Pirates of the Interweb T-shirt
BoingBoing: Liberal MPs on the Take from Copyright Industries?
Insound: Music the Olde-Fashioned Way (what is this 'CD' of which you speak?)
Coolfer: Our Heads Are Not Actually In Our Asses 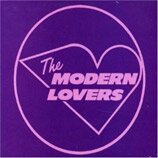 Another short blogpost. If these keep getting shorter I will eventually be blogging in telegraph form.

Good news: Took a break to read Montrealshows.com and found that there are new tickets being sold for the rescheduled-from-May-to-November Jonathan Richman show. $15 plus service fees, available on Admission.com.

In that same month, I will also be seeing The Pixies and Devendra Banhart.

If you could see the happy-dance I'm presently doing, you would certainly mock me.

This short blog post is simply to note that NBC's 'Medical Investigation' is officially the worst prime-time drama on television. It makes CSI look subtle and artful by comparison.


I've lived in this city for over a year, but I'm consistantly out-bilingualed by practically everyone. The dude panhandling for change at the Metro alternates between perfect, accentless English and perfect, accentless French. The people at the Scotiabank near me can apparently offer me a mortgage in no fewer than seven languages.

My inability to speak French, therefore, is something of an embarrassment. Now, that's not to say that I'm completely unilingual. I have a passive understanding; I can follow along easily with a graduate lecture or read a journal article in French. But when it comes to opening my mouth, it's a whole other story.

So, I've registered in an oral expression class with a focus on "phonétique corrective". It's just the ticket, but I've already managed to prove myself the class dunce. The professor, who has the patience of Job, is terrifically kind as I mangle her maternal language twice a week.

'On va travailler cela' has become a catch-all phrase to respond to nearly all of my pronunciation efforts. So far, we're apparently going to be travaillier-ing my inaudible Rs, my liaisons, my consonantic enchainments, my hilariously ill-fated attempts at the "gn" sound, my euhs ('je' and 'ceux' are different sounds? God damn.)

I'll be sure keep you apprised of my progress.