If God Is Seven, Then The Pixies Are Eight


We're kind of like a deadbeat dad here at Optimuscrime. One Friday, we're all at home, spending quality time with you and churning out quality blogposts. Then, suddenly, we've disappeared and nobody hears a word from us until we come crashing home late Monday, bleary-eyed, broke and nursing a broken nose.

Okay, fine: So our weekend wasn't quite as debaucherous as all that. But we still were totally incommunicado for days, and that's just not like us. Sorry. An explanation is in order.

On Saturday, Optimuscriminals Montreal & Kingston, in the company of the genial Ms. Papamarko and Optimusroomie C-Mac, went to see The Pixies. The PIXIES.

But since we didn't take pictures, words will have to describe. The show took place at a less-than-ideal venue: the Universite de Montreal arena, CEPSUM. CEPSUM is a French acronym which, loosely translated, means 'Aging Stadium With All The Ambiance And Acoustic Refinement Of An Airplane Hanger'. The brave souls manning the sound booth are to be applauded for pulling off an excellent sounding show in the worst imaginable conditions.

Unfortunately, even the most talented of audio engineers would be incapable of saving the opening act. We had actually been looking forward to seeing The Datsuns. Until, that is, we were told that those The Datsuns had changed their name to The High Dials. And that The Datsuns opening up this show were some sort of long-hair-guitar-solo-glam-rock bullshit from New Zealand. We would like to declare 'Motherfucker From Hell' the Worst Song In The History Of Ever.

Optimuscrime Kingston, never one to be fazed by terrible hair-bands, just ignored the stage, dug into her purse, and pulled out a pomegranate. Do we need to remind you why we love this girl? Who carries a contingency pomegranate with them?

The decline of the fruit-seed supply, happily, was timed to coincide with the arrival of the Pixies. Okay, so it's been said already, but Black Francis is heading into serious Big Punisher territory. The whole band (males, at least) is balder and fatter, but hot damn do they still rip it up. Sofi's blog has a partial setlist, to which I will add Mr. Grieves, and gush accordingly.

The band offered minimal banter, but turned out some creative arrangements of their songs -- most notably, the stunning In Heaven/Wave Of Mutilation medley. Rather than leaving the stage, they stood, waving happily to the crowd and generally looking cute as buttons during the entirety of the ear-shattering ovation.

Of course, we loved the show. But perhaps not as much as the guy not far from us, who was seated with (presumably) his wife. Dude was manically and expressively air-drumming throughout the entire show, while his wife, looking slightly disinterested, nodded her head passively. The Optimuscrime entourage felt pretty universal pity for this guy.

We understand, 'fanatic adoration for the Pixies' might not be on your Absolute Spousal Requirements List. But if you're the Number One Pixies Fan In The History Of Ever and your wife prefers some quiet Kenny G, perhaps instead of going together, you should plan to simply meet after the show for coffee or a drink, then go apeshit in the front row as you clearly are pining to do.


Good news and bad news, pretties. Good news first: Montreal's metro system is getting a $3.5 billion shot in the arm for new equipment, with a particular focus on the cute-but-aging blue Bombardier MR73 cars, which have been running since Bourassa was in office.

The bad news, of course, is the inevitable fare pinch. Starting in 2005, the CAM metropass is increasing to $62 monthly, or $32.50 for students under 25. Sure, it's cheap compared to Toronto, but planners would be well-served to remember that demand for public transit is more elastic in smaller cities with more discretionary riders. In plain English, in Montreal -- a mid-sized city with a serious love for the automobile -- riders respond to fare changes with their feet. With the debacle of the Laval extension and a likely doubling of STM debt over the next few years, there may be some ugly blowback for the mass transit system we know and love.

In conclusion, uh, this has been an seriously out-of-character blogpost: All analytical and serious and everything. And to ensure you don't all get bored and take us off your Kinjas, we will lighten the mood with this picture of Cherie Blair and Pauline Prescott rocking big black velvet hats. Yo, did we miss a dress code memo, or what? 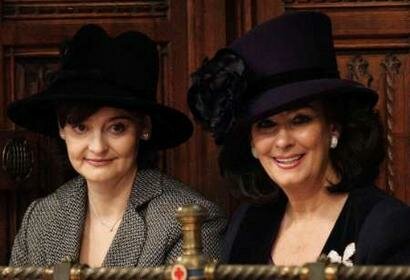 We're Firm Believers In The Supporting The Arts, Particularly The Velvet And Airbrush Arts


If you're in the market for a portrait of a sad clown or some softcore pornography reproduced in oil paint, there is really nowhere to go but insane-crap clearinghouse eBay.

Some selections from the eBay Museum of Fine Art:

While we anticipate strong competition for these rare masterworks, there is still time to place a bid. Us, we're hoping to get the sad clown for above the fireplace. Keeeey-lassy.

Hey, Quick. Can You Help Me Envisioneer This Recontextualized Mindshare In French? 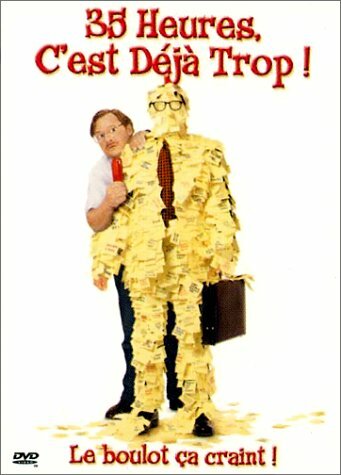 According to the CBC, Charest is ready to dispatch the language police to ensure that French is the language of business in the province. In the fast-paced world of global commerce, English is apparently filtering into otherwise francophone office environments.

In the spirit of compliance, Optimuscrime (in association with the Office québécois de la langue français' Banque de terminologie du Québec) is proud to bring you an office survival guide for business conversation in Molière's language.

Fear not -- you needn't abandon your usual meaningless biz-consultancy jargon and lingo to participate in the process of francisation!

Not That We Prefer Sitcoms To Comparative Welfare State Policy, But, Uh, Y'Know...


We would like to dedicate tonight's blogging to our boss and the American visiting scholar, whose joint decision to end our class at 8:15 instead of 10:00 allowed us to be home to watch Scrubs. We really don't spend enough time in the company of our platonic boyfriend, Zach Braff.

Also: Bringing a couple bottles of vino and a plate of really good reblochon to class? Best pedagogy evvvvvs!