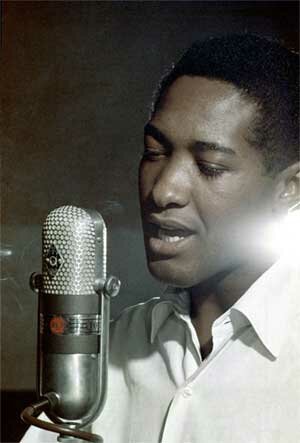 Today's addition to the summer jukebox is best played in the muggy twilight of an August evening.

It's Sam Cooke's moody interpretation of George Gershwin's Summertime. Previously, we had heard this song arranged by Booker T and the MGs. Theirs is slow, sultry and soulful, but has none of the darkness or smoky blues of Cooke's version.

What makes Cooke's cover so perfect is how it closes: Cooke, humming the barebones tune over a thick choral wail that sounds like it was transplanted from an Ennio Morricone score. It's eerie and beautiful.

Edit: We're not the only ones with this song on our playlist; James at Moistworks also posted an arrangement of this same song today.  His is a rock steady cover by BB Seaton of the Gaylads, and it's well worth the download.


Though it's less acute in our Kingston place than it was in Montreal, we've had a tendancy to find housing that features long, narrow hallways. Our hallway in Montreal, some thirty feet of hardwood, was jokingly referred to as the Bowling Alley.

So we liked the idea of Flor, a flexible and modular carpeting solution.

But we loved this even more: DIY, cheap as water, and charmingly ragtag:

Okay, so truth be told we'd probably hunt for bolder colours and try to square it off (call us conventional), but Faux Flor is still pretty durn'd cool. 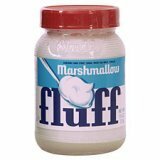 We would argue that, aside from certain items on the tinned meat shelf at your grocer's, there is practically no food product so inherently vile as marshmallow fluff.  It's like a marshmallow peep, whipped and frothed into spreadable form.  It's barely categorizable as food.
But amazingly, the stuff has a following.  Diary of a Reluctant Housewife attributes the product's appeal to a deeply-entrenched sense of nostalgia for those who pair it with peanut butter to make a 'fluffernutter' sandwich:

"The sandwich, while not technically 'food', was delicious.  It brought back memories of a childhood spent sneaking into Fenway Park and drinking hot chocolate in front of the fire after shoveling February snow.  Which makes the sandwich even more impressive because I grew up in the Caribbean and didn't see snow until I was in graduate school.  That's some powerful Fluff."

We just giggle at the name 'fluffernutters'.  When we worked at Queen's Walkhome, where a ban on profanity was strictly enforced, this was a word that we came up with through brainstorming as a perfect substitute curse.  "Wait, we've got a patron six blocks North of Princess?  And it's hailing outside?  Aw, fluffernutters." 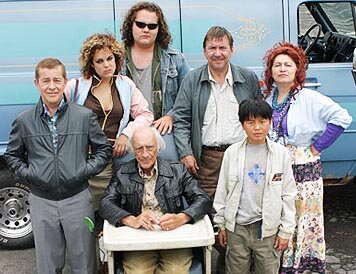 Radio-Canada's hit show, Les Bougon (described here as "a French Trailer Park Boys, only better") is now out on DVD. The series was a blockbuster hit in Quebec, and garnered press hits across English Canada, including a writeup in the Globe and Mail.

Yet amazingly, nobody thought to offer the DVD with English subtitles. We understand a little French, but not enough to catch all the rapid-fire jokes in a single viewing.

C.R.A.Z.Y and Les invasions barbares both made tremendous inroads into English film markets; there's clearly an willingness among English audiences to try out distinctively Quebecois entertainment. So why not spend a few piastres for subtitles that would open up enormous export markets for a show that's had more column inches in Anglo Canada than most of the moribund English shows still in production by the CBC?

Edit: Hurrah! Our French skills are apparently better than we thought. If the French-language subtitles are there, we're able to follow along just fine. But still. Our point remains.